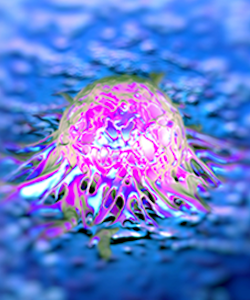 The 65 participants, including 60 physicians, 1 nurse practitioner, and 4 others, had an average of 22 years in practice and saw an average of 3 patients with CRPC per month. Results from an activity pretest revealed several sizeable gaps in baseline knowledge. Only 33% of participants were able to recognize the expected metastasis-free survival for a patient with nonmetastatic CRPC receiving enzalutamide with continued castration; only 42% were able to recognize that for a patient with metastatic CRPC whose circulating tumor cells are AR-V7–positive, treatment resistance would be less likely with docetaxel than with abiraterone or enzalutamide; and only 43% were able to identify that for a patient with metastatic CRPC previously treated with docetaxel, treatment with cabazitaxel followed by abiraterone would be superior to treatment with abiraterone followed by cabazitaxel.

Participants' baseline knowledge was better on two remaining points: 67% recognized hypertension as the most likely adverse event of any grade for a patient receiving enzalutamide with continued castration for nonmetastatic CRPC, and 77% recognized that a prostate-specific antigen (PSA) level of 3.6 ng/mL with a doubling time of 9 months qualified a patient's nonmetastatic CRPC as high risk. However, even these baseline levels showed some room for improvement.

The results of the pre- and post-activity assessments confirmed the effectiveness of the educational content; however, gaps between actual practice and evidence-based practice were evident, such as optimal treatment sequencing in metastatic CRPC and efficacy of novel agents in nonmetastatic CRPC. Nevertheless, following completion of the activity, 89% of participants indicated that the activity increased their confidence in treating patients with CRPC within their practice, and 89% felt that the material presented would be used to improve their patients' outcomes. In addition, participants indicated that the symposium had inspired them to further increase their knowledge by reviewing the activity slide set to enhance their clinical competence (46%), reading national guidelines on managing CRPC (46%), aligning their patient education strategies with national guidelines or published evidence (14%), and discussing related concerns with their mentor or attending faculty about managing CRPC in their practice (3%).

A number of participants were also inspired to share the knowledge they had gained from the presentation: 41% indicated an intention to share the activity with colleagues, 30% planned to discuss studies mentioned in the activity during a journal club to stimulate discussion or debate with peers, 16% intended to review and/or recommend modifications to their institution's protocols or practice guidelines, and 3% planned to request further education on the topic with their institution's educational coordinator. In this way, i3 Health's symposium at the Kimbrough Urological Seminar has the potential to impact practice even among physicians who were unable to attend the program.

Sarah Williams is an Assistant Editor at i3 Health.

What are Urologists' Favorite CME Formats?

A Look Into the CME Crystal Ball

Collaboration Is the Key to Success in CME: Takeaways From MAACME 2019